Concussion injuries have garnered a lot of attention the past few years with high profile athletes suffering these injuries at increasing rates. At the same time there have also been some tragic deaths that have been linked to the possible long-term affects of concussions. This awareness is an important step in trying to better treat and prevent this type of injury and its possible long term neurodegenerative effects.

The majority of study of concussion injuries has focused on the brain and the effect of sudden forces that shake the head and the brain tissue inside. These forces can cause metabolic, excitotoxic, and immunologic changes to take place in the brain. A host of symptoms are attributed to these changes such as loss of conciousness, headache, dizziness, fatigue, memory loss, visual disturbances, etc. 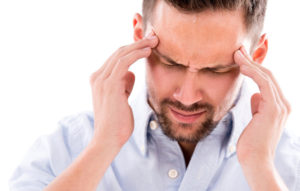 Most of these symptoms disappear within a few weeks but in some cases they don’t and in many cases repeated concussions occur much easier.

What is occuring that has largely been ignored to this point is that at the same time that the brain is injured, a second injury is happening to the upper neck. This upper neck injury is likely more significant and damaging to the health of the individual than is the brain trauma. Within the structures that make up the junction of the head and upper neck is the brainstem. The majority of post-concussion symptoms are in fact dysfunctions of the brainstem not the brain.

It takes less force to mis-align the upper neck from the head then it does to shake the brain hard enough to cause damage to it. The upper neck is the most mobile area of the spine, is devoid of intervertebral discs to absorb force, and is held in place only by small muscles and ligaments. The average head wieghs somewhere around 14lbs and sits on a tiny 2-3oz vertebrae.

Mis-alignment of the upper neck can cause pressure and distortion to the brainstem and dysfunction to brainstem tissue. It is also shown to cause a blockage to the normal flow of cerebrospinal fluid and venous drainage of the brain. Chronic blockage of cerebrospinal fluid flow can lead to a back-up of this fluid in the brain and possible leakage of this fluid into the brain tissue. This leakage of fluid could lead to a chronic immunologic and inflammatory reaction in the brain quite possibly causing the neurodegenerative changes being found years later in people suffering from multiple concussion injuries. Impeded venous drainage can cause oxygenation impairment and a back-up of neurotoxic metabolic waste.

While the current advice to rest and do nothing after suffering a concussion is fine for the initial brain trauma, it is certainly not advisable in the treatment of the second injury that happens concommitantly in the upper neck. Leaving this upper neck injury not only allows the pathogenesis of this injury to progress it makes is subsequently easier for a second injury to occur here again later.

The upper neck injury should be assessed and diagnosed as soon after the concussion occurs and treatment should start immediately. A Chiropractor trained in Upper Cervical procedures is most qualified to do this. Correcting the upper neck mis-alignment not only allows a speedy recovery of post-concussion symptoms but will allow the head neck junction to stabilize and strengthen again decreasing the chances of future injury and pathogenesis.

There are over 1.3 million whip-lash type injuries in North America each year and thousands of sport and fall related concussions that are traumatizing both the head-brain and upper neck-brainstem. If you or someone you know has suffered this type of injury it is imperative that they have the head-neck junction assessed.

We have seen patient after patient with this type of injury respond fantastically when the upper neck is properly re-aligned. Even if you don’t suffer significant post-concussion symptoms it is imperative that the upper neck be assessed as long term damage can take years to manifest symptomatically.

Dr. Bales is a trained provider of the Shift Concussion Management Program. This program utilizes neurocognitive baseline testing using the ImPACT test, concussion management and rehabilitation strategies, and physical exertion testing for safe return to play. For more information on this program or inquiries about baseline testing for your league, team, or individual contact us at 705-434-0372 or visit www.shiftconcussion.ca

If you have questions please contact our office, we will be happy to answer them.